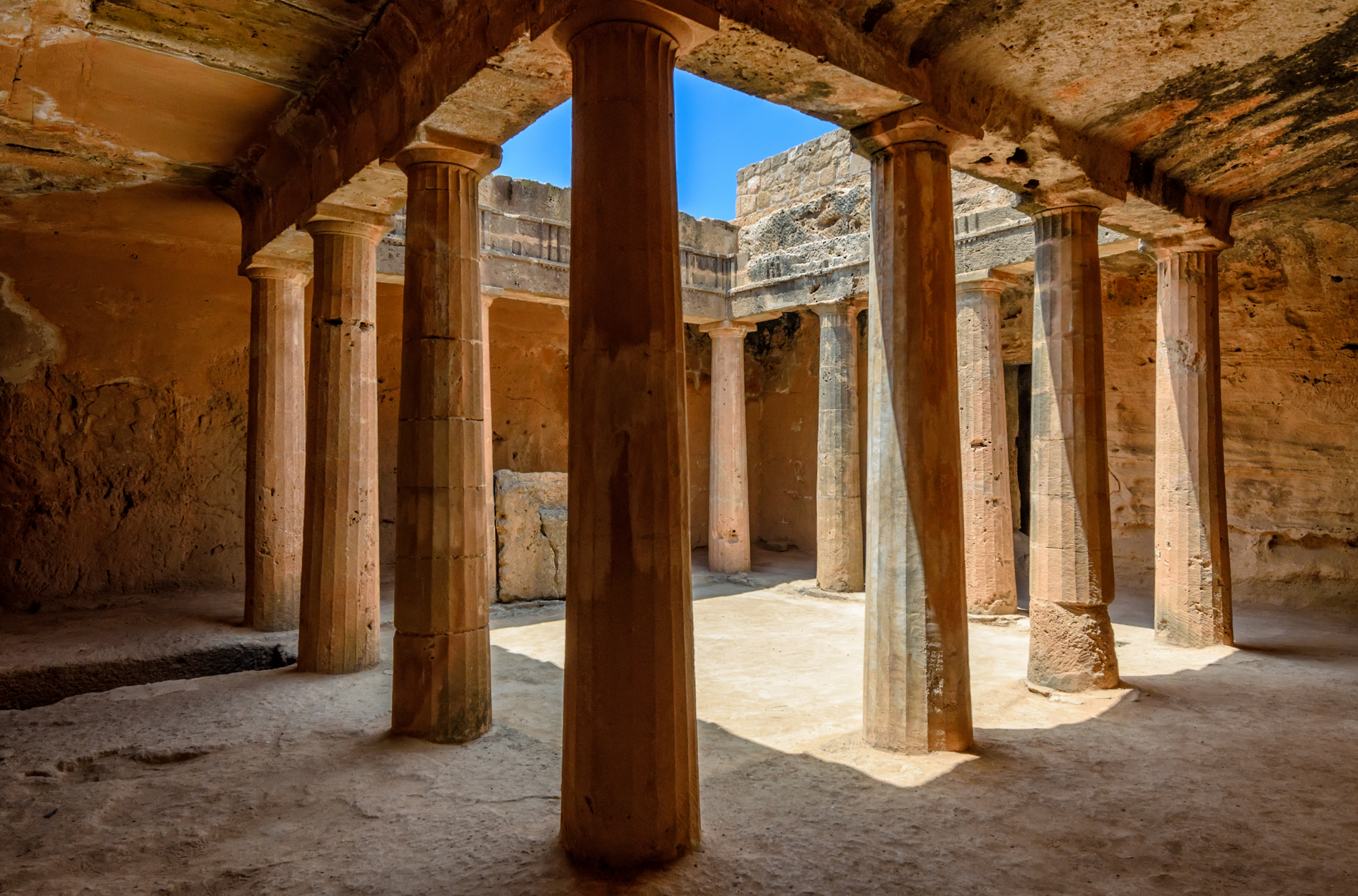 Paphos
Paphos is one of the most popular Cyprus destinations. It is not too large, only have about eleven thousand permanent residents. There are different parts of Paphos: the old town is called Ktima. The modern part of the city is often referred to as Kato Paphos, and this is the tourist part. It includes stunning beach resorts, hotels, cafes and restaurants, and even a great golf course. Paphos has loads of romantic features, and is famous of its night life.
You can find many archeoligical sites near Paphos, not far from the harbour. Nea Paphos used to be the most important harbour city of Cyprus, but most of the population escaped during invasions and because of earthquakes. You can find many archaeological sites from the ancient Greek civilization. The best place to start exploring the Paphos area is at the Paphos District Museum, with a huge collection of archaeological remains. You would also like to visit the Georgios Eliades exhibition, the Byzantine fortress including forty columns, Dyonysos’ house with stunning Roman mosaic works, the Tombs of the Kings and the home of Theseus.

Larnaca
Larnaca has a long history, and has been inhabited for thousands of years. The old city was called Kition, and the present settlement stands on its place. The city was built by Noah’s grandson, as the legend says. In the twentieth century the importance of the city did decrease, because of the construction of the airport it gained more importance recently again. There are many great places to visit in Larnaca, from the largest Turkish fortress of Cyprus, the Saint Lazarus Church (Lazarus was a bishop of Cyprus), built on the tomb of the Saint. You can also find a great salt lake just over 2 miles off Larnaca, with Hala Sultan Tekke next to it: a Muslim sanctuary. You can see the relics of Prophet Mohammed, Umm Haram, who died in Cyprus.

Limassol
Lying on the South coast of Cyprus, Limassol is located between Paphos and Larnaca. Its history dates back to about 4000 years ago, and during the crusader invasion it became a central city of Cyprus. Limassol is currently the second biggest city on the island, and has loads of entertainment to offer for tourists. It is sometimes referred to as The Paris of Cyprus. You will find festivals and concerts, exhibitions here all year long in Limassol, including the fantastic Cyprus wine festival in September. You can find the best resorts and beaches on the East. Night life is very attractive in Limassol, and it offers a huge variety of entertainment, not only for the youngest generation. There are plenty of bars, discos, and night clubs for every taste. But if you are looking for the ultimate cultural holiday, you can also visit the Limassol fortress, the zoo with kids, and wine museums. The ruins of Amathus, just outside the city are a fantastic archaeological site to visit. You can even see the remains of the old Limassol castle, called Kolossi Castle.

Cypriots celebrate Cyprus Independence Day the 1st day of October of every year with a national holiday. This day commemorates Cyprus’ independence from the British after a four year long war and centuries of rule by...
Read more

Cyprus is a Eurasian island country in the middle of the Mediterranean, south of Turkey. Its official name is the Republic of Cyprus, and is mostly occupied by Cypriots; however it is one of the...
Read more

THOUGHTS ON HOLIDAYING IN CYPRUS Paphos Paphos is the mythical birthplace of the goddess Aphrodite, of love and beauty. In Greco-Roman times, Paphos was the capital, and is famous for the remains of the Roman...
Read more